Deprecated: Methods with the same name as their class will not be constructors in a future version of PHP; sl_disclosure_widget has a deprecated constructor in /home/dkoboldt/public_html/massgenomics/wp-content/plugins/skimlinks/widget.php on line 3
 Genetic Privacy and Right to Know in the Whole-Genome Era 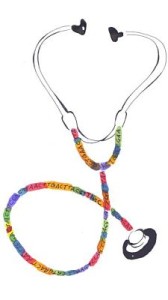 Yesterday I attended a lively panel discussion on the topic of genetic privacy and patients’ rights to their genetic information, hosted by WashU’s Brown School of Social Work. Two panelists in particular — Laura Jean Bierut (Washington University) and Lainie Friedman Ross (University of Chicago) — offered strongly opposing views for and against the patient’s right to know.

You can listen to them debating on St. Louis Public Radio. They and the other panelists each presented for about 10 minutes, before the panel opened up to questions from the audience.

The ensuing discussions highlighted the complexity of the ethical and social issues surrounding genetic information, and made one point quite clear.

Even the experts don’t agree.

Last year, the American College of Medical Genetics published their recommendations concerning the return of “incidental findings” to patients who undergo whole-genome or exome sequencing in clinical settings. Specifically, the ACMG recommended that laboratories conducting clinical sequencing should seek and report mutations of specified classes in 56 genes.

This evaluation “should be performed for all clinical germline (constitutional) exome and genome sequencing, including the ‘normal’ of tumor-normal subtractive analyses in all subjects, irrespective of age, but excluding fetal samples.”

Perhaps most importantly, the ACMG recommends that mutations in these genes should be reported “regardless of the indication for which the clinical sequencing was ordered.” In other words, clinical sequencing may uncover secondary predispositions that are unrelated to the reason that you underwent sequencing in the first place.

Gene Results to be Returned

With the exception of BRCA1/BRCA2, these are mostly genes associated with life-threatening diseases that could occur at almost any age. Thus, clinical intervention may improve the patient’s quality of life and overall health.

Dr. Ross and others in the panel raised some good arguments in favor of limiting access to genetic information like the secondary findings mentioned above. Some of the more compelling ones:

There was an equal balance of arguments put forth for the right of individuals to their own genetic information. Full disclosure: I lean slightly toward this line of thinking, but you should know that already. Dr. Bierut argued that information wants to get out. She, and other participants in the discussion, raised some good points:

For most diseases, an individual’s risk arises from a combination of genes, environment, age, and other factors. Even for genes whose role in highly penetrant monogenic disorders has been well established, sequencing will reveal many variants of unknown significance. Our current ability to predict pathogenicity of such variants is not very good. What does that mean for a patient with two variants in a recessive disease gene?

In a high-profile examination of a sequenced genome (publicly available), the individual was homozygous for likely-pathogenic variants in two disease genes. Both were devastating, crippling diseases. It seems like that individual would be severely affected. You know whose genome it was? Dr. James Watson, the Nobel laureate and co-discoverer of DNA’s structure. This simply a vignette, but it does illustrate something that people in our field tend to accept: there’s a limit to the predictive power of genetics.

One item that many of the clinicians did seem to agree on was the FDA’s crackdown on the “health risk profile” previously available for 23andMe’s personal genetic testing service. Apparently the results being returned didn’t meet the ACMG’s proposed standards for analytical validity, clinical validity, and clinical utility. Many of those in the room didn’t like the idea of direct consumer access to genetic information, though Dr. Bierut was favorable, saying “Information wants to be free.”

Of course, I had my personal genetic testing done by 23andMe, and I’m in favor of that kind of access. But then again, I’m rather biased. What are your thoughts on genetic right to know?