Deprecated: Methods with the same name as their class will not be constructors in a future version of PHP; sl_disclosure_widget has a deprecated constructor in /home/dkoboldt/public_html/massgenomics/wp-content/plugins/skimlinks/widget.php on line 3
 The FDA, 23andMe, and Genetic Right to Know 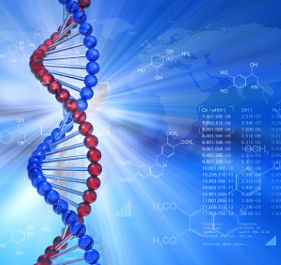 The FDA’s recent letter to 23andMe, along with my own recent experience with the company’s service, have me thinking about the community’s right to know about genetic information.

A few months ago, I went for the personal genetic testing service myself. For the most part, I was motivated by curiosity — about my own genetics, of course, and about how 23andMe handled the process of communicating the information.

Also, I had a feeling that timing was important. The FDA letter didn’t come out of nowhere; there were hints that unbridled direct-to-consumer genetic information wouldn’t be around forever.

It is not difficult to understand some of the sources of concern from the FDA’s perspective. Simply put, 23andMe’s service is a genetic test, and genetic tests are considered to be medical devices. In their ongoing efforts to provide the “latest” results for their users, 23andMe continually updated the databases behind their web-based service, such that users could find some interpretations had changed overnight. This sort of dynamic information delivery is worrisome, because 23andMe’s methodology has not been fully vetted.

While some feel that results with health information should be delivered through appropriate channels (physicians or genetic counselors), there’s an argument to be made that people have a right to their genetic information. GenomeWeb ran a poll on this last week, and I was surprised to see that the majority of respondents agreed with the former, not the latter. Then again, it’s a readership highly selected for genetics researchers.

The strongest portion of the FDA complaint may be the part related to 23andMe’s marketing strategies, in which they tout the service’s ability to tell users their “genetic risks” for 240+ inherited conditions. Indeed, advertising seems to be the focus of the class action lawsuit, that the plaintiffs were misled about the health information 23andMe was offering.

To the company’s credit, they seemed very careful about how they delivered genetic information. The results, while not as deliberate and citation-heavy as one would expect in a scientific article, are presented in appropriate “uncertainty” language and include information about the statistics behind each finding. Further, if you want to obtain results with clear biomedical implications — such as your APOE allele — there’s a special click-through process involved, with lots of up-front warnings and disclaimers and things that, you know, soften the blow if it’s going to be bad news. I thought 23andMe handled this rather well.

In fairness, I had a fairly unexciting 23andMe profile, absent of hidden Mendelian disease alleles or high-penetrance variants for late onset disease.  I also happen to work in the field of human genetics, so I’m fairly well prepared to receive the results. I understand the difference between variants known to cause disease and variants simply associated with phenotypes (i.e. by GWAS). An odds ratio of 1.2 wasn’t going to spur an entire lifestyle change for me.

Genetics and the General Population

My background, however, puts me in a minority of 23andMe users, particularly because these services are offered to the general population. I was quickly reminded of this when I began perusing the 23andMe discussion forums, where users can freely post questions and comments. Some of the discussions happening there, largely among laypersons, were rather frightening. It would be something like this:

User A: I am a carrier with one mutation of the mild HH-associated H63D mutation and so is my husband. I guess that means that our daughter needs to be tested?

User B: How old is your daughter? The risk that she can get H63D Homozygosie is 25 %. I don’t think that she could get problems with iron-overloading when she is young.

User C: I am a heterzygous carrier of some variant involving H63D. My skin is bronze, my joints hurt, I had autoimmune hepatitis at age 15, my blood smells like iron.

Here’s another chestnut, from a user looking for others with a certain enzyme deficiency:

User A: [Gene] effects a lot of people, do you have it? It can lead to heart attack, autism,parkinsons,down syndrome and miscarriages! I am doing a study among 3 different Facebook groups for [Gene] and [medical event]. Mutations and Conditions [Gene] can cause (excerpted from super-long list):
. Autism
. Addictions: smoking, drugs, alcohol
. Down’s syndrome
. Pulmonary embolisms
. Depression
. Schizophrenia
. Fibromyalgia
. Glioma
. Epilepsy
. Alzheimer’s
. Multiple Sclerosis
. Premature Death
. Shortness of Breath

User B: I’m heterozygous, too. Here are my symptoms from your list:
. Autism ~ I am suspected of having Aspergers
. Addictions: smoking, drugs, alcohol ~ I used to smoke like a chimney and found ceasing it extremely difficult. Also alcohol for a few years but it made me so sick
. Pulmonary embolisms ~ A GP died from this.
. Depression ~ yes, but depression has always been my constant ininvited companion. had severe PND after first child.
. Schizophrenia ~ paternal GM was ‘odd’ with history of depression, alcoholism and suicide on that lineage.
. Fibromyalgia ~ Dx with it 1994
. Stroke ~ possible but misdiagnosed, left mild vertical squint that was not there before hospitalisation. Paternal GM and one maternal grt grt GM died of stroke.
. Vascular Dementia ~ One grt grt GM died from Dementia, unknown cause… may have been from exposure to mercury as a child.
. Bipolar disorder ~ likely on fathers side with the suicidal depressives.
. Epilepsy ~ after more than 30+ mins in the sun i will have a fit or severe migraine.
. Shortness of Breath ~ yes.

On one hand, it is clear that there’s a broad community of people interested in discussing their health problems, or the problems of others. On the other, very few of the people participating in these discussions have medical or genetics training. Occasionally there’s a response from a community moderator, or a post from someone who seems to be knowledgeable, but not often. For the most part, it’s the guesswork of people sharing what they read on the Internet (side note: never, ever trust things you read on the Internet!).

After the FDA’s letter and a class action lawsuit that followed on its heels, 23andMe first suspended all marketing of their services. At least, they suspended what they could — it takes time to remove promotional content from the Internet, and apparently some television ads couldn’t be pulled — to evaluate where things stood. A few days later, they noted that they’ll continue to market the personal genetics service, but from the ancestry and heritage angle. When you visit 23andMe’s web site, you must click to agree that:

The health and inherited conditions features were suspended while 23andMe moves forward with the agency’s regulatory review processes. It will be interesting to see how that goes.

So the genetic testing service is still available, though the output will be limited to raw data and the fun ancestry information. Notably, users who “grandfathered in” before the FDA letter will retain access to everything. Anne Wojcicki, 23andMe’s co-founder and CEO, wrote in an e-mail:

If you are a customer whose kit was purchased before November 22, 2013, your 23andMe experience will not change. You will be able to access both ancestry and health-related information as you always have.

I find myself a bit saddened, if not altogether surprised, that the bulk of the fascinating content offered by 23andMe has gone away. Sure, lots of people are interested in their genetic heritage, but I’d wager that a much larger segment of the population wants to know about possible health risks written in their DNA.

Unfortunately, providing the answers these users want is not difficult, especially when it must be done in a way that can be understood by a general audience. The human genetics field is in a state of rapid discovery and change. The answers we have today might very well differ from those we have tomorrow.