Deprecated: Methods with the same name as their class will not be constructors in a future version of PHP; sl_disclosure_widget has a deprecated constructor in /home/dkoboldt/public_html/massgenomics/wp-content/plugins/skimlinks/widget.php on line 3
 Crowd-funded Exome Sequencing for Rare Genetic Diseases 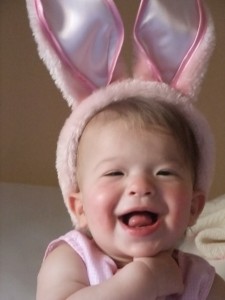 Four-year-old Maya Neider has undergone multiple operations, is unable to speak, and has difficulty hearing. Her parents have taken her to numerous physicians; she’s undergone extensive testing, but no explanation for her developmental delay could be found. Doctors agreed that a genetic cause was likely, but a battery of genetic tests came back negative.

So Maya’s parents turned to next-gen sequencing and the generosity of strangers. About a year ago, they created a personal genome project for Maya and raised donations on the internet to fund it. Within seven hours, donors from across the United States, most of them donating between $5-50, had raised the $3500 necessary for exome sequencing.

The sequencing and analysis were coordinated by the Rare Genomics Institute, a non-profit organization that hopes to help children with rare genetic diseases using sequencing and other biotechnology. This week, researchers believe they’ve identified the cause of the disorder: a novel mutation in a gene that’s active in fetal development and early childhood.

While the gene and precise location of the mutation are under wraps until publication, I’m told it’s a nonsense (protein-truncating) mutation that’s not been seen in any public databases. It’s also not present in either parent, meaning it was a de novo mutation in the child.

Maya appears to have a completely new disease. Now that its genetic basis is known, studying the causal gene and its encoded protein may lead to a better understanding of her disease.

There are obviously some treacherous ethical and legal waters that efforts such as these will face moving forward. We know the name of the patient, her parents’ names, and we’ll eventually know much about their genetic makeup. In 20 years, will Maya want to be known as the “first crowd-funded exome diagnosis” or would she prefer to have remained anonymous? These are difficult questions to answer.

My other concern is that this is yet another example of genomics by press release. RGI is making some bold claims, clearly hoping to get some press attention (I found out about this because I was approached by their media relations people). Where’s the paper? I’m excited about the potential of this project, but until it’s accepted by a peer-reviewed publication, there’s no reason to believe the results. What if the science or algorithms were flawed? What if the results are unsound?

Wait until the paper is accepted, and then send out your press releases. That’s the rule we all are trying to play by. You’d better have a pretty good reason to break it, and I don’t see one here.

Crowdfunding and Families with Rare Diseases

That being said, I’m writing about this because it’s a good story. Friends, relatives, and total strangers made cash donations, in tough economic times, to help this little girl.

As Daniel MacArthur (@dgmacarthur) put it on Twitter, this story makes me feel good about humanity.

Exome and whole-genome sequencing have enabled the discovery of many causal variants behind rare disorders, but this is the first time it’s been accomplished by raising funds on the internet. The “crowd-funding” model, as it’s called, may offer some hope to the thousands of families dealing with a rare genetic disorder. The majority of them won’t have the opportunity to be studied in a government-funded research. And next-gen sequencing isn’t usually covered by health insurance. If they can raise the funds on their own, however, a genetic diagnosis may be possible.

It will not come easy. The analysis and interpretation of sequence data requires considerable time and expertise. And as I’ve recently written, exome sequencing does not guarantee an answer even for Mendelian diseases. Even so, discoveries are possible. That likely provides a glimmer of hope for those with rare genetic disorders.