Deprecated: Methods with the same name as their class will not be constructors in a future version of PHP; sl_disclosure_widget has a deprecated constructor in /home/dkoboldt/public_html/massgenomics/wp-content/plugins/skimlinks/widget.php on line 3
 Functional Validation of Genomic Discoveries 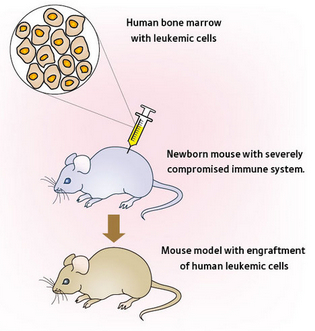 The trouble, as anyone who’s analyzed this kind of data understands all too well, is that there are a lot of possibilities out there. You can take just about any gene from a sequencing study or GWAS and — with the assistance of a nice resource like Gene Cards — come up with a story that might connect mutations/variants in that gene to your phenotype of choice. But the burden of proof remains.

It should now be obvious to most that publication of novel disease genes in top-tier journals requires more than just genetic or genomic data. It requires some kind of functional validation, an assay that demonstrates how genetic differences have a measurable phenotypic effect that makes sense for the disease. Genomic and statistical approaches are hypothesis generation tools. Those hypotheses, well-supported as they may be, must be tested in vitro or in vivo to see if they hold up. Because, as I said, you can spin a story about almost any gene.

Let’s say that you’ve identified a new possible cancer susceptibility gene, a candidate tumor-suppressor. You found it by looking for rare germline variants in a cohort of patients with a specific form of cancer. You’ve already done the genomics to establish that:

Everything looks right, it sure looks like a tumor suppressor, but where’s the proof? With over 20,000 known protein-coding genes, widespread genetic variation, and the continual accumulation of mutations in somatic tissues, there are plenty of candidates that will meet these criteria by chance alone. Editors and reviewers of top-tier journals know this, and they want more. They want functional tests demonstrating that defects in your gene improve the growth, survival, proliferation, or metastatic potential of cells. They want a null mouse for your gene that’s prone to tumors. As much as it pains me to say it, the following statement is true.

Genomics is not enough.

This bitter medicine undoubtedly tastes sweet to the molecular biologists and bench scientists whose efforts may have been overshadowed by genomics in recent years. Because now, after all of our fancy high-throughput instruments, robust informatics and clever statistics have provided some answers, we have to leave the computer and head back to the laboratory. And many of us, including the author, have little to no experience there.

Even so, I’ll do my best to summarize some of the options for functional validation, and ask you readers to comment with the things I’ve gotten wrong or forgotten.

Functional validation of a candidate disease gene can also be performed in living cells or organisms. Often this garners more compelling evidence of a gene’s importance, because it demonstrates the relationship between a genetic entity and phenotype visible at the cellular level or above. Some of the approaches here include:

A Call to Reviewers

In closing, I would like to appeal to peer reviewers of those journals who now wish to see functional validation of genomic findings. Asking the authors to “provide some functional validation” of their findings may be a valid critique, but it’s not terribly helpful. It would be better to outline what kind of experiments you’d like to see to become convinced. Because the odds are, you’ll be reading this manuscript again at some point, and wouldn’t it be nice if they performed the validation that you were looking for?

In fairness, some of those who work in the field of next-gen sequencing, even to tackle genetic diseases, do not have knowledge of (or even access to) laboratory techniques that could functionally validate their findings. It would benefit the entire research community if we took a moment to outline potential avenues of functional validation so that we “dry lab” scientists can begin to explore them.